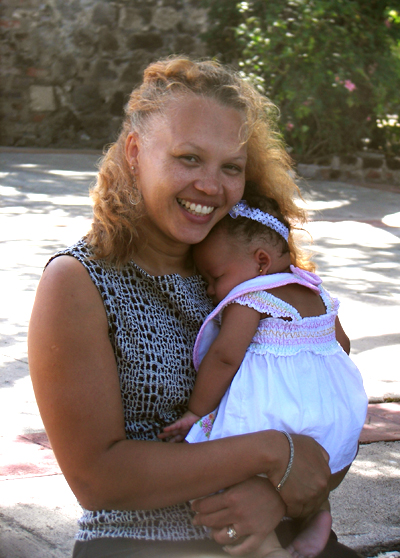 Andrea Stanley is grateful to be alive. In October 2007 when she was about 34 weeks pregnant she began having premature contractions which eventually led to her being hospitalized at the University Hospital.

The doctors advised that the placenta had ruptured and she was unable to stop bleeding because her clotting factor was below normal. They requested 12 units of blood and received only four units. That did not help her however as the transfusion could not proceed because her veins had collapsed.

She had to undergo emergency caesarean surgery and afterwards was admitted to the Intensive Care Unit. The doctors had not managed to stop the bleeding and she was losing blood faster than it could be replaced.

Andrea lost consciousness and awoke two days later, frightened and scared at the sight of several tubes and wires attached to her body. Amazingly the doctors said there was no evidence of brain damage. However the relief did not last long as they informed her that she needed to undergo another surgery to get the bleeding under control.

During the period she was in hospital, family, friends and other donors donated blood at the collection centres so she could be helped. Many were unknown to her but their generosity has enabled her and her daughter to be alive today.

Andrea Stanley received 39 units of blood and blood products while her daughter received one unit.

Now she volunteers to assist the Transfusion Service with promoting voluntary blood donation.