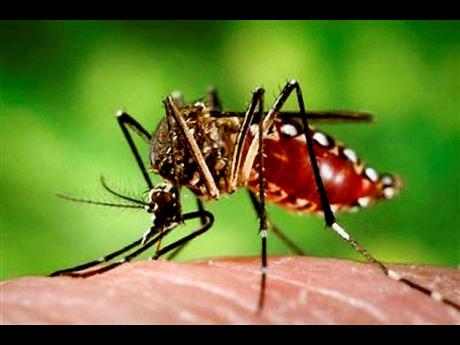 The National Blood Transfusion Service (NBTS) has come under increased pressure in the last month to provide blood and blood products as the country grapples with an unusually high number of dengue cases, which have been initially suspected in the deaths of more than 80 persons since the start of the year.

“We have had an increased demand in blood products over the last month due to dengue affecting mostly children in our population,” she said in emailed responses to questions sent to the Ministry of Health and Wellness.

Tucker said discussions have been held with the ministry, and efforts are being made to facilitate the changes that are needed to meet the demands of the country.

PAHO has warned that Latin America and Caribbean countries are currently experiencing a new dengue virus epidemic cycle. During the first seven months of 2019, more than two million people in the region contracted the dengue disease and 723 have died.

A characteristic of the current epidemic is that children under the age of 15 appear to be among those most affected. According to the Center for Health Security at the Johns Hopkins Bloomberg School of Public Health, estimates from PAHO indicated there was a total of 981 dengue cases reported in the first five weeks of 2019 in Jamaica. This is four times the 215 cases that were reported for all of 2017.

According to data from the Ministry of Health, from the beginning of 2018 to present, a total of 6,525 suspected cases of dengue have been reported from across Jamaica. Of these cases, 5,468 were reported in 2019.

“The number of suspected cases of dengue reported weekly peaked in week four of 2019, then decreased. However, the numbers have been increasing over the past 10 weeks,” the ministry stated.

While 18 deaths were confirmed through laboratory testing since the start of 2018, the ministry noted that only a sample of suspected cases were tested of 50 recorded during that period. Since 2018, the authorities had been notified of 135 deaths initially thought to have resulted from dengue, 88 of which occurred this year.

Dengue is spread by the Aedes aegypti mosquito and generally results in flu-like symptoms such as high fever, headache, joint pain and rash. It can be fatal if not properly diagnosed and treated.

Tucker said while the NBTS has benefited greatly from donors from the Jamaica Defence Force, Jamaica Constabulary Force, Jamaica Fire Brigade and some devoted companies that sign up and participate in mobile blood drives annually, the demand for blood products has increased due to dengue infections.

“Platelets are needed by the body to help with clotting of the blood if there is bleeding. Platelets are usually affected in the patients who are diagnosed with a severe dengue infection,” she said.

“To paint a picture, if someone has a low platelet count because of a severe dengue infection, they will need platelets in order to help to prevent bleeding or to help stop bleeding if they are now having symptoms from the low platelet count. The amount of platelets needed is dependent on the size of the person,” she explained.

The NBTS head noted too that, “in an average day, in any one of the blood collection centres in Jamaica, an average of 5-10 donors will present and this is not enough to meet the increased demand”

She said there is a general lack of awareness by the population of how much blood is needed daily.

“The need outside of trauma and dengue is extraordinarily high. Bustamante Hospital for Children, for example, has great demands for blood and blood products for the children who need corrective heart, brain and spine surgeries, as well as children who have been diagnosed with blood diseases and cancers,” she said.

Carmen Johnson, president of the Nurses Association of Jamaica, said the increasing number of dengue cases has placed additional strain on those in the health sector. She said nurses have been putting in longer hours as a result.

“Generally, we have been seeing an increase across the facilities and so it is required that the nurses would now have to work a little bit harder,” she said.

“They have to because the wards are full and, based on the fact that we have reduced numbers of nurses at most of the facilities, it simply means that they will have to double up on most given days to assist each other to ensure that they are providing adequate care to the patient to the best of their ability and to the extent that they themselves are able to cope,” she told The Sunday Gleaner.

Johnson said the nurses are aware of the blood shortage and have been doing their part by hosting blood drives to help increase available units.

“Most public institutions get their blood from the National Public Health Lab, so once they are having a challenge, it means all the other areas will be experiencing the same challenge,” she said.

Dengue epidemics generally tend to have seasonal patterns, with transmission often increasing during rainy seasons, but Thompson noted that this has not been the case this year.

“Dengue seems to be this year in particular and the latter part of last year, it seems to be very topical. I know you have seasons where dengue is more prevalent, but it seems to have been an issue all year, which is not the norm,” he said.